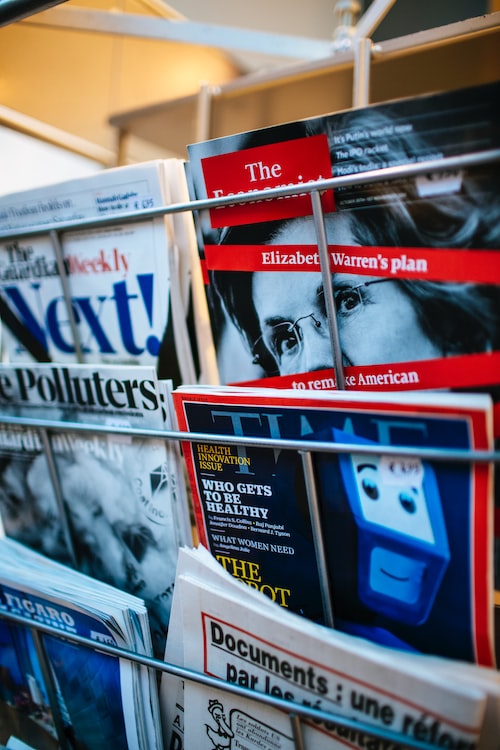 The Season One Coordinape round is open to eligible members, we launched the new Crypto Sapiens podcast, and it's time to RSVP for the Season Two launch party on Twitter Spaces! We also take a deep dive into crypto adoption rates and identify the top markets for the next one billion to #gobankless.

This week in the BanklessDAO: The Season One Coordinape round is open to eligible members, we launched the new Crypto Sapiens podcast, and it's time to RSVP for the Season Two launch party on Twitter Spaces! We also take a deep dive into crypto adoption rates and identify the top markets for the next one billion to #gobankless.

This is the official BanklessDAO newsletter. If you were a Premium Member of the Bankless Newsletter as of May 1st, 2021 you have been subscribed to this newsletter at launch. To unsubscribe edit your settings here.

We live in a world where we have put too much trust into a piece of paper or something that you can physically grasp; we have become a lost society depending on these things to deem us valuable. That’s all starting to change...

🎧 The BanklessDAO on The NFT Podcast: Check out this amazing podcast featuring three of our BanklessDAO members: Kouros, Grendel, and IcedCool! They talk about all things BanklessDAO, from how and when it formed to the creation of $BANK. They talk about the various roles in the DAO, how to get involved in guilds and of course NFTs. Show your support for these guys by watching and sharing the interview.

🏅 BanklessDAO in the Top Five Most Popular Snapshot Spaces: Some DAOs struggle with community members voting and having an active voice in governance. Not at bDAO! The recent Season Two spec saw a significant increase in engagement (+62.5%) compared to Season One. To join, head to http://snapshot.org and as a member, you can see all activity in your timeline and have easy access to your favorite spaces directly from the sidebar. Go VOTE!

💰 Coordinape Round is Active! The Season One Coordinape round is open for all L1 and higher members. By default, all users were set to OPT OUT at the beginning of the round, so when you log in to create your account, make sure to OPT IN to be eligible to receive GIVE tokens. One million BANK will be allocated this round, distributed in proportion to the amount of GIVE tokens allocated by your peers. The Coordinape round ends October 3.

How-to Guide to get started.

If you haven't filled out the form to be eligible, sign up now.

🧠 Crypto Sapiens Podcast: Congratulations to Humpty Calderon and the team for being the first project to move through the BanklessDAO podcast incubator, turning the initial idea into production-quality content. Subscribe and listen to the first episode featuring Brantly Millegan, Director of Operations at Ethereum Naming Service.

😬 What is a Trustless System?: Read Samanthaj's latest work on defining and building trustless systems to execute and record events autonomously.

📊 Guild & Project Fund Tracking for Season One: The Analytics Guild has put together a series of dashboards organizing the treasury and guild/project funds. View the live dashboards on Dune Analytics.

🌴 Attend the Permissionless Conference: Tickets just went on sale for one of the biggest DeFi conferences! Over 5,000 people will be attending in total and every two weeks 250 more tickets unlock. Once 250 tickets are purchased, registration closes and you’ll have to wait until the next release. Speaking of which, your next chance is on October 1 and prices are currently at $316. Speakers include our very own Ryan Sean Adams and David Hoffman, as well as many others. Join us on Tuesday - Thursday, May 17 - 19, 2022 in sunny Palm Beach, Florida for the event.

🍁 Submit Project and Guild Season Two Proposals: Be sure to submit all proposals for Season Two by September 27.⏰ The Grants Committee will review the proposed budget and provide feedback before the proposals go to Snapshot from October 6-13.

📚 Community Book Club: Join the community book club on Fridays at 1pm EST (one hour after community call) to chat with members of the DAO, share and discuss different books, whitepapers and more!

🧐 Knowledge Sessions: Join us on September 28 at 12AM UTC with IcedCool who will be presenting DeFi & Tokemak Sitting In A Tree: Why DeFi and Tokemak Are a Match Made In Heaven.

Where in the world will the first one billion bankless come from?

In a sense, the mission of BanklessDAO is being realized automatically, solely by the adoption curve of cryptocurrency and Ethereum. Crypto is being adopted worldwide almost twice as fast as the internet was in the early 2000s, and Ethereum adoption is outpacing Bitcoin’s. It is almost certain that very soon there will be one billion DeFi users, even if they are only using centralized custodians that interface with DeFi protocols in the background or dapps for NFT purchases. But do these forms of adoption make one truly “bankless”?

The critical role and value the Bankless brand brings is this: new adopters need Bankless content to cut through the noise and understand how to make the most of this new digital money paradigm. We in BanklessDAO want everyone to maximally benefit from the self-sovereign aspects of BTC, ETH, and permissionless money protocols, right? So I would propose to take a “low-hanging fruit'' approach - let’s go to where the adoption is happening the fastest right now and make sure the Bankless message is loud and clear in these locales.

Chainalysis Market Intel released a crypto adoption index in 2020, which compared world nations in terms of their adoption rate, as measured by on-chain value, retail value, number of deposits, and peer-to-peer trade volume. The world map below illustrates the result.

The data show that adoption rates are quite uneven across the globe, and the situation is evolving rapidly. In 2020, the number one ranking country in terms of adoption was Ukraine, with Russia a close second. Chainalysis ranked countries on a relative scale for its 2020 report, normalized to one for the case of Ukraine. But what is driving these high adoption rates?

In an August, 2020 piece on coindesk.com, Anna Baydakova wrote of Ukraine, “A relatively unstable state – with a technically sophisticated population – creates a fertile ground for crypto adoption.” The instability of the ruble and Russian banking institutions since the 1990s, plus the high technological literacy of the population, has had the same effect for the Russian Federation.

Since the 2020 report was released, there has been a worldwide explosion in adoption (an 881% increase in the past year, it claims), with certain countries adopting faster by an order of magnitude. Chainalysis has changed its ranking methods in part as well, but the more recent data show something crazy is happening in South Asia, as Vietnam, India, and Pakistan all leapfrogged Ukraine under its adoption scoring method.

Sources have linked the adoption surge in the developing world to cheap remittances (such as sending transactions to family members overseas), currency devaluation fears, and lack of banking infrastructure. In contrast, adoption in the developed world is mostly investor-based, with financial institutions driving the majority of new transaction volume in the space.

Which of these use cases most clearly resembles our vision of a bankless society? I would posit that the developing world will be hungrier for monetary self-sovereignty, while the developed world seems more driven by hype and opportunistic trades.

These data can be very beneficial to the DAO in choosing additional regions we want our media nodes to reach.  Exploring this top 20 in greater detail gives us an understanding of the size of the potential rapid-adopter market and which languages predominate.  Below is the same list of countries, sorted by population size, and their official languages or widely spoken “linguas francas” (secondary languages for the purpose of common understanding between different communities).  The languages near the top could be considered strategic targets for translations of bDAO educational content which may have high interest and impact.

Looking strictly at the numbers, written Chinese, Hindi, and many of the regional Indian languages can be considered priority nice-to-haves on the translations list.  Regional tongues Bengali, Marathi, Telugu, Tamil, Gujarati, and Urdu each have 50-100 million speakers living in India alone. They might even be on the same tier as languages with much wider geographical reach such as Spanish, Portuguese, and Russian, due to the adoption metrics of India and Pakistan being so high.

Many of the countries on this list have large rural and indigenous populations who are largely unbanked. Onboarding these people into crypto will have profound effects, by providing access to financial services which have never before been available to them. Their relatives abroad can now send money home for near nothing. They will finally have some insulation from political turmoil and the whims of monetary policymakers.

The learning curve will be steep for these folks, and educating them on modern financial tools will certainly be a challenge, but the potential for wealth redistribution and life-changing prosperity to these underserved communities is truly massive!

Let’s discuss how BanklessDAO can best reach these adoption markets. Folks in the Translators Guild are spinning up a proposal for an International Media Nodes entity within bDAO, so the groundwork is being laid now.🔥 What are your thoughts on our DAO potentially serving the developing world, the indigenous, the unbanked? Drop by the Discord channel 💍media-nodes under Cross-Guild Collab and share. Help us brainstorm the way forward!

✍️ Vote for Multi-Sig Members for BanklessDAO Treasury: This post is for electing the new set of multi-sig signers for the Bankless DAO treasury. Each voter can choose UP TO SEVEN members. Polls will close at 11:59pm EDT on Sept 30, 2021. Go VOTE!

🏦 Vote for New Members to the Grants Committee: This proposal is for electing the Season Two Grants Committee. Each voter can choose UP TO THREE members. Polls will close at 11:59pm EDT on Sept 30, 2021. There is some serious talent on this list. Cast your VOTE!

📱 Bankless Mobile App is Coming! @OxNSHuman has made both a mobile app proposal and content gateway proposal. These will be drafts for Season Two when they go live for voting. What he is building is something truly special with the mobile app, and is an integral part in the future onboarding of people to go Bankless! He is also building a content aggregation layer with a single DAO Gateway API to enable every present and future product to get instant access to all the content produced by the DAO with a single API endpoint. Top notch work!

📲 Mobile App: Proposal to start an ecosystem of mobile, tablet and wearable applications for the DAO.

🌉 Content Gateway: Proposal to create infrastructure for all the content produced across the DAO to be accessible via a single service that is easy to plug in anywhere.

🕺 Retro Rectification Donation: The proposal aims to distribute BANK tokens to those who contributed to Gitcoin, fulfilling the promise made in the early days of BanklessDAO.

💰 BANK Token Legal Assessment: The Legal Guild conducted extensive research related to the genesis of the BANK token, the distribution and the utilities connected to the token.

🚨 VOTE: For the new multi-sig members and the members for the Grants Committee.

💰 Coordinape: Log into Coordinape to create your profile and OPT IN to receive GIVE tokens.

🏃‍♀️ Catch up: Review this week's community call notes or listen to the recording.

🙏Thanks to our sponsor

👉 Join the #bankless Channel in the UMA Discord.

👉 Tell UMA What DAOs you belong to.

👉 Earn KPI Options. Go to the Discord to learn more.

Meme of the Week

The link has been copied!

State of the DAOs #0 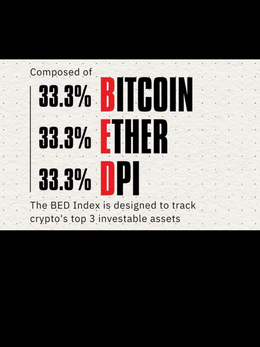